How do Polarised glasses work? 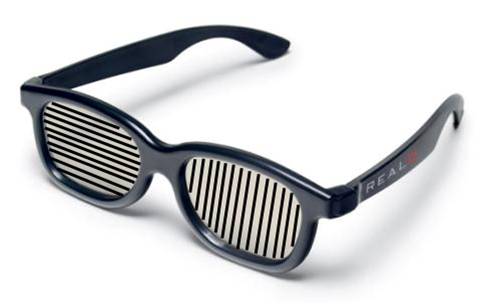 How do Polarised glasses work?

Why are Polarised glasses used for?

Polarised glasses are mainly used for reducing the glare.

A light wave is known to vibrate in multitude of directions. In general a light wave can be thought of as vibrating in horizontal and verticalplanes.

Polarised sunglasses are used to reduce glare. Sunglasses contain polarizing filters oriented vertically to the frames so that they block horizontally polarised light.

How are Polarised glasses made?

Poly vinyl alcohol is heated and stretched to five times its natural length, making it even thinner. This lengthens PVA’s long chain molecules, causing them to align. The stretched PVA is then dipped in iodine solution. The iodine is absorbed into the molecular chains forming long grids of parallel, darkened lines that are not visible to the human eye.

NuPolar’s have developed the technology of casting the polarized filter in and around its CR39 (or polycarbonate) host material. This means that you get an optically correct lens where the polarizing filter cannot be worn of scratched off. 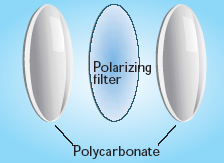 The plastic can be melted and poured into a mould in which the polarizing film has been suspended. The plastic then hardens around the film, creating a solid material, rather than a layered one. For polycarbonate lenses, the polarizing film is applied to the front of the lens and covered with a scratch-resistant coating.

Depending upon the thickness of the filter, these are classified into two types. 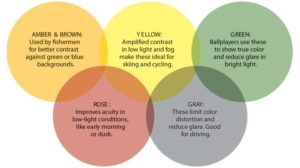 How to check for Polarised glasses?

There are actually many ways for checking Polarised glasses. But one of the simplest ways is explained here.

Many of the mobile screens, LCD s and tablets will have a polarising filter which helps to reduce reflections. But when we use polaroid glasses at a particular orientation to the screen we wont be able to see the screen. He nce if we want to check for polarised gasses, take out your mobile and rotate the glasses. If it is a polarised, you wont be able to see the screen in a particular angle. If it unpolarised you can clearly see in all angles.

What type of  glasses are used for watching movies in 3D? 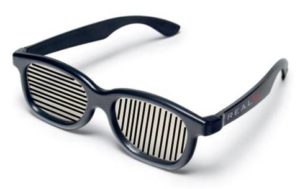 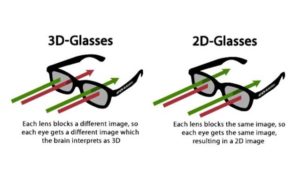